So this time I decided to do something a little different per se, it is not a recipe but a how-to/ tutorial type of thing that will allow you to prepare and cook bell peppers in a way that will make your life so much easier

When I was younger, I used to cook a lot with both my mother and grandmother. We had this typical side dish that they would always make using red peppers, tomatoes, and olive oil. It was a roasted red bell pepper salad or in Arabic felfel djazairi, my sister actually used to love it as a child. But unfortunately, it has been a while since we have had it since we don’t live near our family anymore…  So I recently decided to be the sweetheart that I am and surprise my little sister by making her this Algerian dish. The only thing here is the fact that roasting the bell peppers on the stove top takes so long, and I can’t even begin to tell you guys about all those burns I have gotten while roasting these evil bell peppers back home…

So I looked around a bit and was able to find something that you stick in the oven and thirty minutes later… BOOM ready! So down below I wrote a detailed explanation of how to roast bell peppers in the oven and I will make sure to post another recipe telling you guys how to make our delicious Algerian red bell pepper salad!

Red bell peppers (doesn’t get simpler than this) 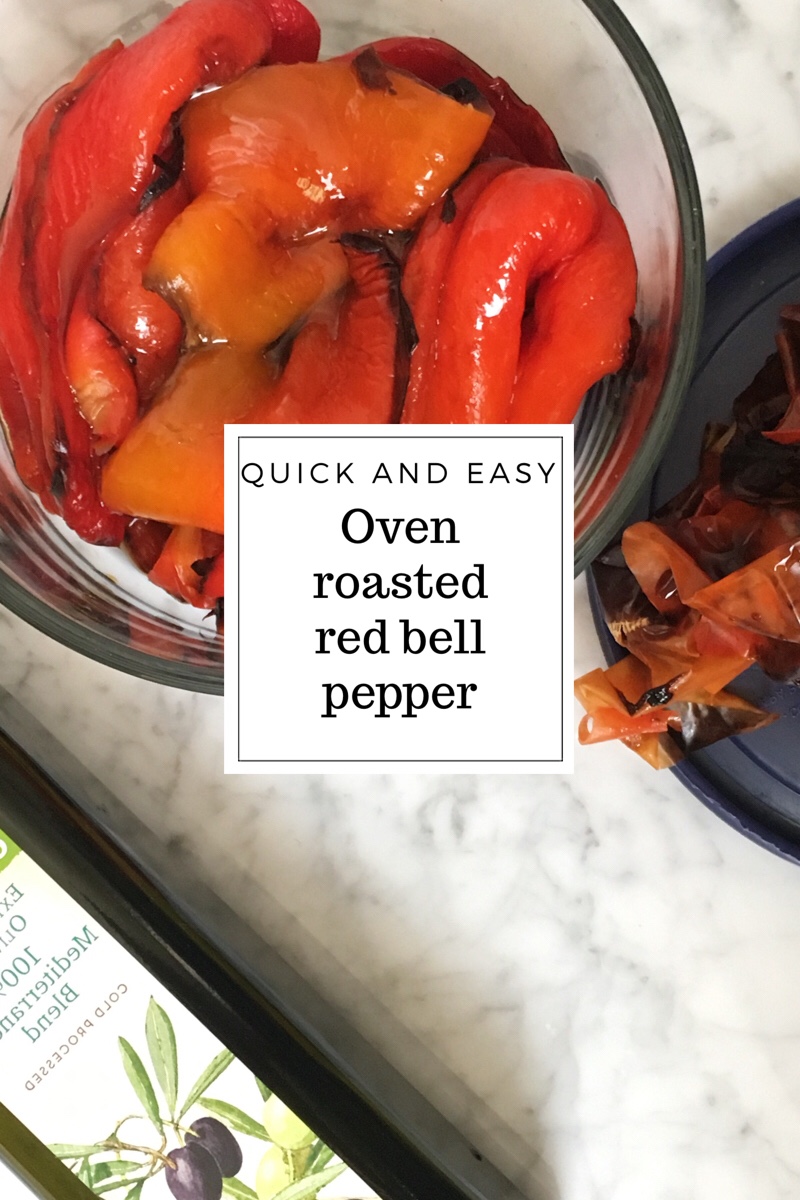