I have a secret I have to admit to you guys! I am completely and utterly obsessed with these fast and easy summer salads!! They make my life so much easier, while also being super tasty and delicious… I recently started meal prepping this type of salad for the week. Imagine how easy it is to come back home hungry and tired from a whole day of work/school and gym/errands and find something like this already ready for you.

This recipe specifically reminds me of what my aunt back in France used to make for us. The beautiful memories that come with it are endless but after about a year of making it myself, I decided to tweak it a bit! This originally used to have cucumbers in it… but unfortunately, when you are trying to make this recipe for the week, the cucumbers tend to go soggy and of course, nobody wants soggy salad! So I decided to get rid of that to make this healthy quinoa salad last a little longer in my fridge. The other thing that I changed would be the tomatoes used, she would usually use the larger red tomatoes… They were not Roma tomatoes or any of those that we see in the regular supermarkets here in Vegas. So I decided to go for the cherry tomatoes because I appreciate the sweetness and the tanginess that they bring to the dish itself.

So without further ado, here is the recipe down below! 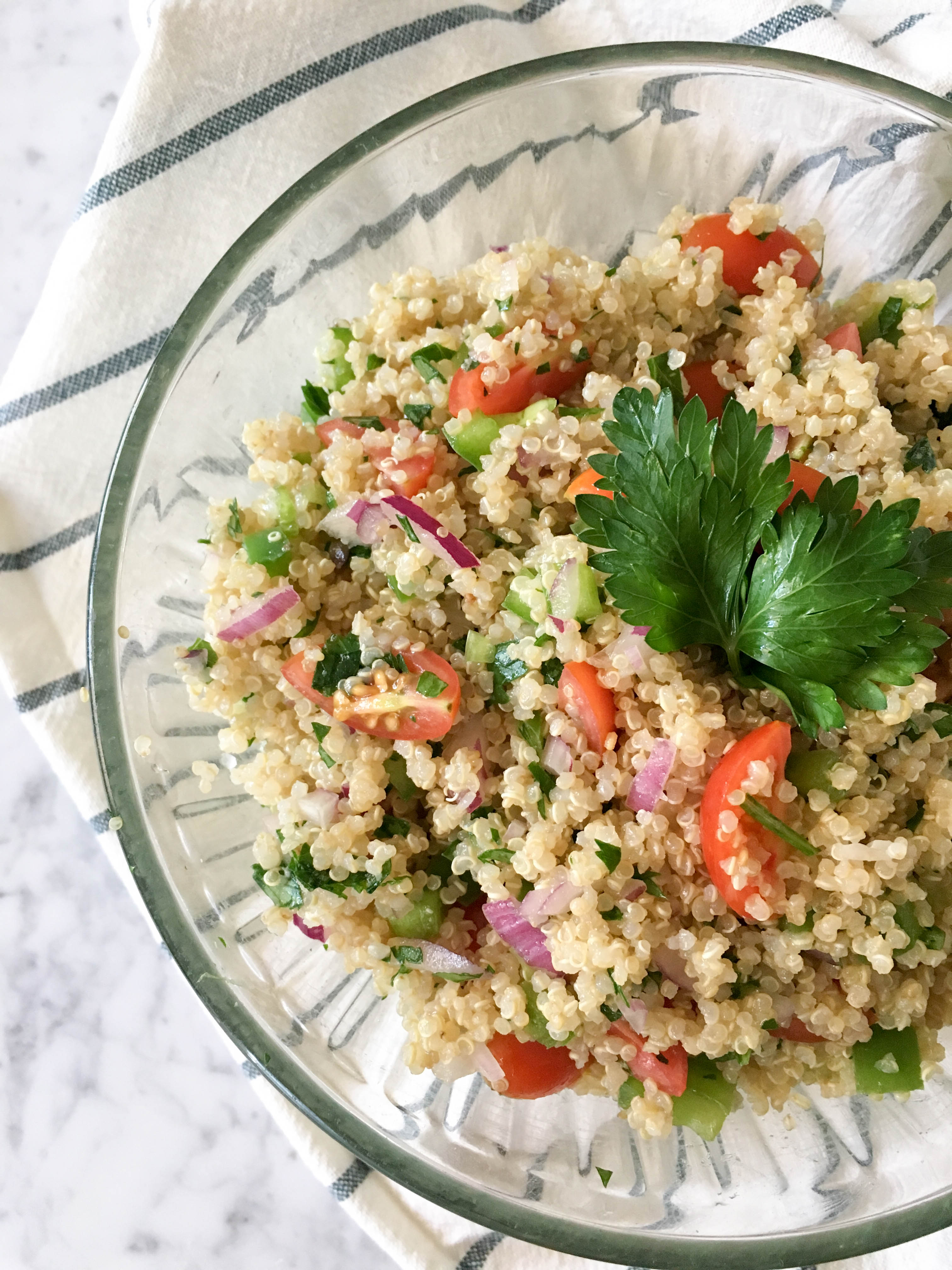 1 cup of dry quinoa, which will yield about 3 cups of cooked quinoa

About 1 cup of quartered cherry tomatoes

¼ of a medium red onion

Salt and pepper to taste 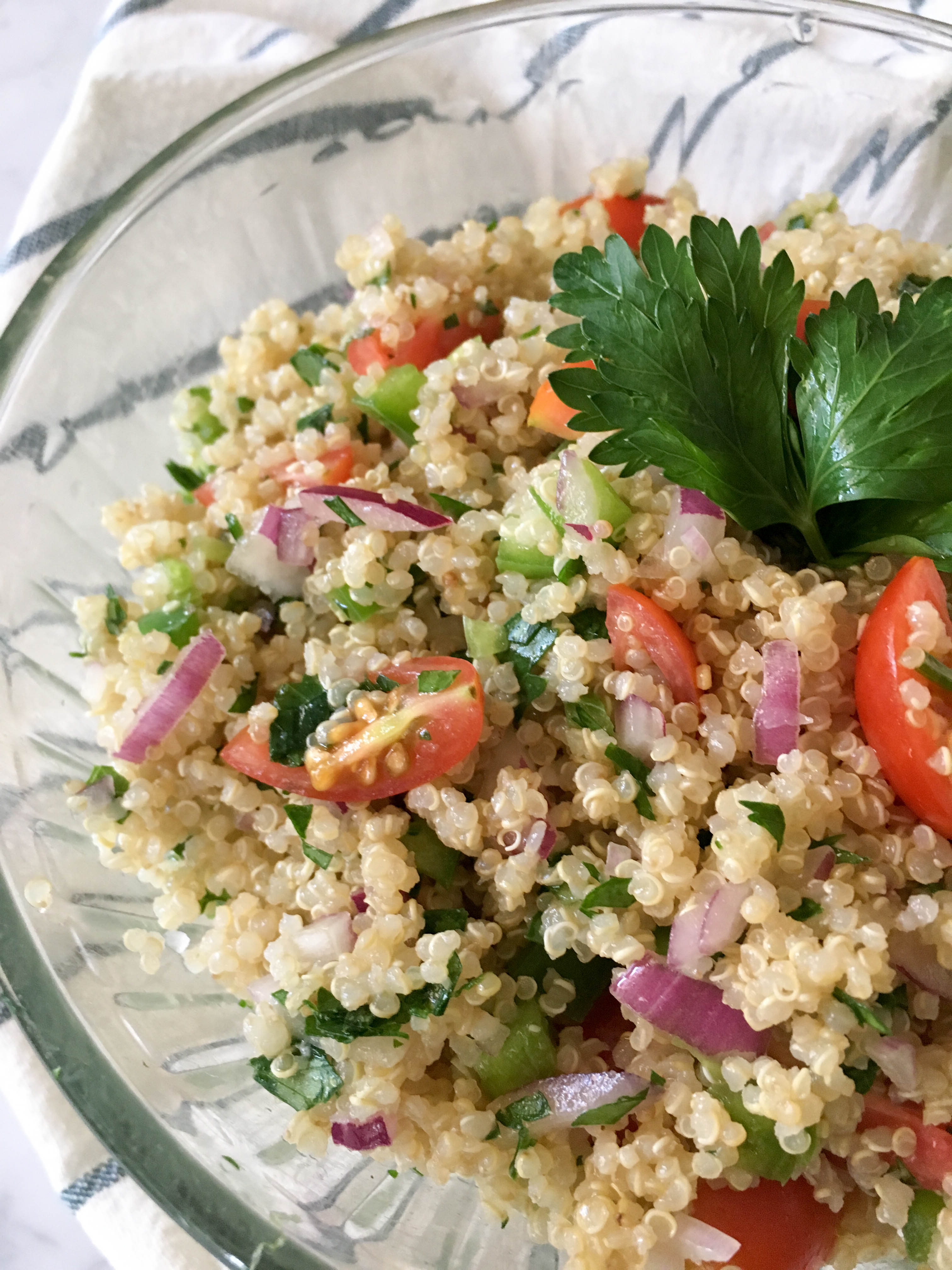 As always, I would love to see you guys try my recipes so make sure to tag me ( @chahinez_tbt ) on Instagram whenever you try this!